The Difference Between The Master Bedroom & Other Rooms

The master bedroom is often recognized as the main bedroom in the house. It’s where the parents or the owner of the household typically sleep. Most present-day houses, whether it be a colonial or a ranch, will feature a master bedroom.

What Are They Called Master Bedrooms?

The corner of the house is significant because of the homeowners’ privacy, away from the children. It also allows the homeowner to have privacy from guests or friends if there’s company over.

In regards to modern housing, having a master bedroom equipped with a master bathroom is essential for any homeowners with or without kids.

Homeowners with kids will often want a master bathroom, so they don’t have to share with younger children, who tend to be messy in their daily habits.

Do Master Bedrooms Have Master Bathrooms?

Master bathrooms are located within the master bedroom, which’s not accessible to other guests in the hallway leading up to the bedroom.

These bathrooms are often a luxury for the homeowner, as it’s secluded and only used by 1 or 2 people max. The other bathrooms in the house are often used for guest purposes, but the master bedrooms are exclusively for the house owners.

Does Every House Have A Master Bedroom?

Yes. Every house has a bedroom that is the biggest compared to the others. This is often known as the master bedroom that the homeowner sleeps in.

Other Rooms In A House Other Than A Master Bedroom

We’ve compiled a list of room names that are common in today’s house buying market. Here are the names of important rooms that every homeowner should know when buying a house.

The kitchen is where meals are prepared and stored. Microwaves, refrigerators, and other cooking appliances are stored in the kitchen.

Kitchens often have kitchen islands or dining tables that families will meet and sit around to enjoy a meal. Often, the kitchen is one of the most important rooms in the house, especially for buyers.

This room is often attached to the kitchen, as hot meals can easily be carried over and set on the table.

The family room is often the room dedicated to having a couch and TV, which the family can sit around and enjoy. Often families will gather in the family room when friends and family visit.

This room is often the biggest in the household. Large couches and TV’s can be found in the family room.

The basement is the area under the house’s first floor, which the homeowner may choose to finish or leave unfinished. Modern-day finished basements have carpeting or hardwood flooring that adds value to the household.

The Den is similar to the family room but is often in an addition or secluded part of the house. This room typically houses a couch and TV as well.

Den’s are often found with steps that lead down into the den. This is another area of the house that may be utilized as a gathering spot for friends and family.

The foyer is also known as the lobby, the open space that connects the front door to the family room or kitchen. This area connects rooms and stairs. Think of the foyer as the “main access point” of the house, steer guests to different rooms.

These are the common names for rooms in a standard household. Each realtor or house representative will have different names for each part of the house related to the list above.

This area of the house is a porch that has walls or screens as walls. This area is often used for 3 seasons ( as shown in the name), simply because it’s not heated and can only be used in the 3 seasons.

The screened-in porch is often found on houses that don’t have a large living room or for homeowners who want to enjoy the outdoors’ comfort and breeze while remaining in the shade.

The master bedroom is named for the master of the house, sleeping and starting the day in that room. It’s often the largest and most spacious in the house.

Their purpose often names rooms in a house. The family room is named because of its purpose of housing the family. Each room can be moved around to fit the desired need of the homeowner.

When looking for a house, it’s important to make sure the master bedroom has a master bathroom. It will give the ultimate privacy for couples who have children. 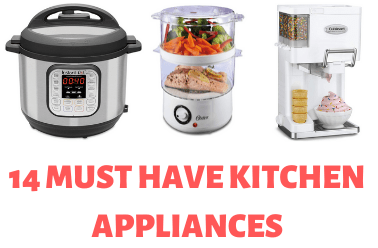 Previous
14 Must Have Kitchen Appliances 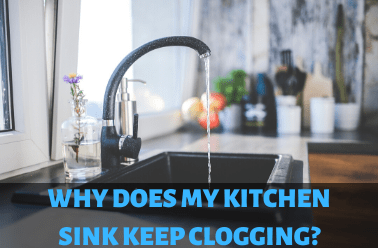 Next
Unclog A Kitchen Sink With Standing Water
Comments are closed.